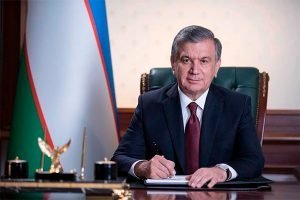 The head of Uzbekistan signed a resolution “On strategy for further development and reform of the electricity sector of the Republic of Uzbekistan”.

The document says that the World Bank has developed a proposal to improve the management system of the republic’s electricity industry, including those aimed at optimizing production processes.

According to the document, Uzbekenergo will be reorganized in accordance with modern methods of organizing the production, transportation, distribution and sale of electrical energy.

The resolution noted that the management of thermal power plants and power plants, which generate electrical and thermal energy will be handled by Thermal Power Plants.

National Electric Networks of Uzbekistan will be created on the basis of Uzelektroset and Energosotish branch of Uzbekenergo.

Also Regional Electric Networks was created. This company will manage the enterprises of territorial power grids that distribute and sell electricity to final consumers.

The head of Uzbekistan commissioned creation of a project office under the Ministry of Energy as a working body of the Commission for the Reform of the Electric Power Industry.

The project office is headed by the Deputy Minister of Energy of the Republic of Uzbekistan in charge of the electricity industry.

Its structure will attract international and domestic experts and specialists in the field of reforming the electric power industry.

Until 1 June, it was entrusted to develop a comprehensive program for the digitalization of the electricity industry for 2019-2021. The program will include the implementation of a resource management system, the automation of production and management processes (ERP), a software and hardware system for dispatch control and data collection (SCADA), as well as the acceleration of the project for the implementation of an automated system for monitoring and metering electrical energy.

Until May, a draft government decision will be developed to improve the methodology for determining electricity tariffs, providing full coverage of operating, operating and investment costs in the production, transmission and distribution of electricity, as well as the establishment of a marginal rate of return for enterprises in the electricity industry.