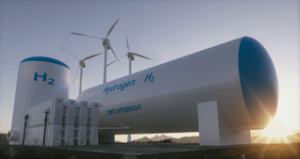 The SHURA Energy Transition Center found Turkey can produce as much as 1.6 million tons of hydrogen per year with power supply from renewable sources, substituting 5% of total final energy consumption. University professor İskender Gökalp says the country can use its vast boron reserves for the technology.

Total investments needed to use Turkey’s green hydrogen landed at USD 45.4 billion in a study conducted by the SHURA Energy Transition Center from Istanbul. Scientists said the annual production of the fuel, which implies using power from renewable sources, can reach 1.6 million tons or 4.6 million tons of oil equivalent, translating to 5% of the country’s total final energy consumption from 2018.

According to the document, the maximum output can be achieved with electrolyzers with a combined capacity of 12.1 GW (assuming a 75% load factor and 67% conversion efficiency) and 36.3 GW of power supply or an annual output of 80 TWh. The electrolyzers would cost USD 9.1 billion, translating to USD 750 per kW.

Green hydrogen can reach cost competitiveness at production costs of USD 2 to USD 3 per kilogram. It warrants further development of the technology and efficiency and a continued decline in renewable power costs. Turkey still doesn’t produce green hydrogen.

Professor İskender Gökalp from the Department of Mechanical Engineering at the Ankara-based Middle East Technical University METU separately said such a system must be regulated by new laws so that hydrogen can be mixed into the gas grid. He noted Turkey holds 73% of the world’s boron reserves and pointed to the possibility for the use of the element in domestic facilities for the production and storage of hydrogen.