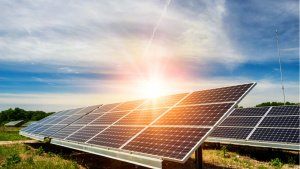 The French developer will sell 70% of the power generated by the facility to Albanian power utility Operatori i Shpërndarjes së Energjisë Elektrike SH.A. (OSHEE) under a 15-year PPA and the remaining portion will be sold on the spot market.

Albania’s Ministry of Infrastructure and Energy has announced on its Facebook channel that French renewable energy developer Voltalia is the winner of the tender it launched in November for the construction of a 100 MW solar power plant in Durrës, in the western-central part of the country.

Voltalia submitted the lowest bid, of €0.02989/kWh, while the second shortlisted bidder, China-based Universal Energy Co Ltd, offered a price of €0.046/kWh. The ministry said 45 companies participated in the tender without revealing their names. The ceiling price for the procurement exercise had been set at €55/MWh.

The solar facility will be deployed at the Technological and Economic Development Area in the municipality of Spitallës and will cover a surface of around 120ha. It will sell 70% of the generated power to Albanian power utility Operatori i Shpërndarjes së Energjisë Elektrike SH.A. (OSHEE) under a 15-year PPA, while the remaining 30% will be sold on the spot market or through bilateral PPAs.

Voltalia had also been the winner of a tender for a 140 MW PV project in the Karavasta area, in the center of the country, which was launched in January 2020. The French solar company secured the project in May thanks to a bid of €0.02489/kWh.

“The Karavasta PV project de facto turned out to be more attractive,” Albanian energy lawyer, Lorenc Gordani, told pv magazine, adding that it is larger by 40 MW and located in an area with higher solar radiation. “Furthermore, the Karavasta project developer must sell only 50% of the generated power to OSHEE, which may also explain the difference between the two bids.” Other reasons may be the forecast scenarios related to the ongoing electricity supply and trading options resulting from the different technical studies and sensitivity analyses that companies typically perform for these projects.

Albania also supports rooftop PV through a net-metering scheme codified in June. According to the latest statistics from the International Renewable Energy Agency, the Balkan country had only 10 MW of installed solar power at the end of 2019.

*The article was updated on March 25 to specify that the project location is the Technological and Economic Development Area in the municipality of Spitallës.